Up from the Depths

It’s summer, and a lot of people will be flocking to the sandy beaches.  I am no exception.  Recently, my wife and I took just such a trip.  This was the week before Memorial Day, and the beaches were not too crowded.  At sunset staring out at the surf, watching the foam tops of the waves break, I can’t help but think about the untold fathoms that cover so much of the planet.

Given the mysteries that cover three quarters of the planet, is there any wonder that so many works of fiction are driven by the oceans?  Herman Melville’s classic novel Moby Dick is set entirely on the ocean and tells the story of the whaling ship the Pequod and her doomed crew led by Captain Ahab.  While this book used the isolation from the middle of the ocean as a plot point, it did not deal as well with what’s going on under the waves.   Of course, Peter Benchley’s Jaws forced a lot of people to think twice before wading into the water.  After the success of the film, a myriad of knock-offs followed: Orca (Jaws with a killer whale), Piranha (seeing the Amazonian predators released in a Texas river) being two of the better known, and we still have shark movies being made today. 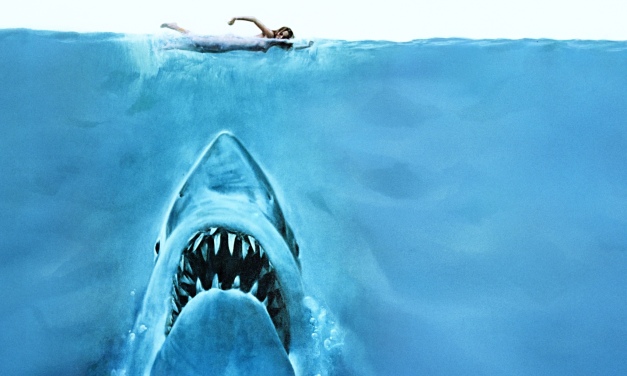 It is no small wonder that science fiction, fantasy, and horror writers have used the deepness in their creative processes.  H.P. Lovecraft is one of the most famous to have done so.  His sleeping deity C’thulhu was housed on an island that had sunken deep beneath the waves.  Lovecraft also populated the waters of imagination with Dagon, an old Philistine god and Deep Ones, fish-human hybrids that live in fabulous underwater cities.  Jules Verne took us Twenty Thousand Leagues Under the Sea where we met Captain Nemo and saw some of the fantastic wildlife found within. 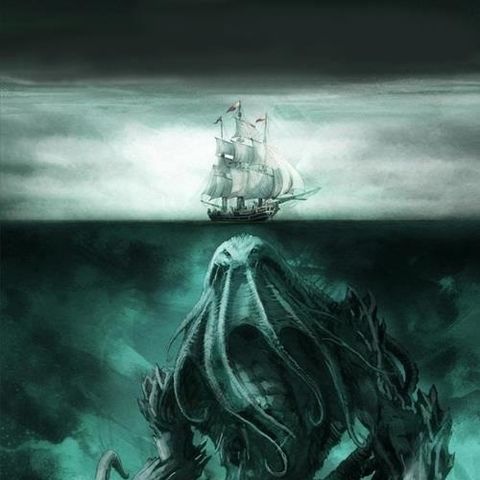 C’thulhu up from the depths

Fiction writers were not the first to theorize what might have lived in the oceans.  Myths and legends have often told tales of fearsome creatures.  We had mermaids, sirens, sea serpents, krakens. 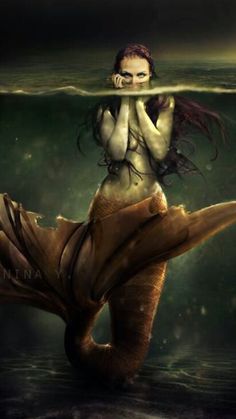 From the early days of mankind, humanity has stood looking at the watery abyss and created creatures to explain the tragedies that occurred.  Our modern writers have maintained this tradition of dreaming what lie beneath.  So, while you are basking in the sun and enjoying the surf, take a moment to appreciate the vast unknowns before you.

So what do you think? Cancel reply